Lady Gaga has slammed the hackers who leaked a clip her upcoming single “Applause,” and expressed solidarity with Katy Perry , whose own “Roar” surfaced online ahead of schedule this weekend.
In a series of tweets on Saturday and Sunday, the singer and forest nudist expressed disappointment and anger over a portion of “Applause” popping up on various music sites before its release.
Gaga tweeted, “ Lord, in HEAVEN WHY… YOU JUST COULDNT WAIT THIS IS TOO MUCH FOR ONE SATURDAY .”
She then veered into the audiophile aspect of her ARTPOP rollout, writing, “Now its not that we HATE computer speakers its just they’re not as HQ. We spent time actually making sure it sounds good in sh*t speakers.”
Gaga next made a relatively rare overture to her fellow pop superstar.
“ Wanna grab some shovels and f*ck up some hackers? @katyperry excited to hear your ROAR, sorry to hear about your truck! ” wrote Gaga, referring to Perry’s Prism album promotional bus
being struck by a drunk driver in Pennsylvania on Friday.
She was not done venting.
On Sunday, Gaga addressed some haters in the media, tweeting, “Dont focus on ANY blogger criticism. I have been a producer/songwriter/musician for over 10 years. Trust the artist blogger are not critics.”
She added, “The fans + music scholars are the best critics because they know the artist intimately.
# STOPHarassingTheArtist we are here to entertain you.”
Gaga had one more message to deliver.
She announced, ” Let’s make 2013 a year where music/talent/artistry is more important than gossip/fanwars I respect all fanbases 4 their passion #BeTheChange.”
Perry re-tweeted Gaga’s sentiments.
What do you think of what Gaga said?

Kanye West may have called his latest album “Yeezus, but Scott Disick is definitely calling himself Jesus in an
Instagram photo he posted.
SEE FULL PHOTO BELOW
On Saturday, Disick put up a picture of himself — parodying Leonardo Da Vinci’s “The Last Supper” featuring a slew of Kardashians, Jenners, and their loved ones, with himself seated in the center as Jesus.
Among those whose photos were superimposed over the 12 Apostles were Kim, Kourtney and Khloe Kardashian , as well as Bruce and Kris Jenner , Lamar Odom , Kanye West, and Kris Humphries .
That’s right, Kim’s ex-husband .
Interestingly, Humphries did not occupy Judas Iscariot’s seat.
Disick gave that to Kendall Jenner.

Lauren Conrad says her next LC Lauren Conrad collection arrives at Kohls.com and Kohl’s stores at the end of August. Lauren appears to be doing new collections nearly every month now.

There were also collections for June and July. The campaign for the new collection was shot on a horse ranch.
Lauren is wearing an eyelash lace dress in the first photograph and a woven button-down blouse with denim jeggings and jace shoes in the second photo. Lauren’s feeding a horse carrots while wearing a tie front bib top and ponte circle skirt in the last photo.

Vanessa Hudgens stopped by Late Night with Jimmy Fallon. Vanessa looked great in a Bec & Bridge dress.
Fallon queried Vanessa about her favorite bands. They both danced to the “Bubble Butt” song by Major Lazer in their seats. Fallon also showed a photo of Vanessa Hudgens standing next to a giant pizza. Vanessa also talked about her upcoming film, Frozen Ground, where she escapes a serial killer. Frozen Ground co-stars Nicolas Cage and John Cusack. It arrives in theaters on August 23.

Flo Rida is the Best-Selling Rapper Of The Digital Age

Argue all you want about Flo Rida’s skills as an MC compared to such lyrical masters as Nas, Jay-Z and
Eminem. But there is one thing you cannot take away from the Carol City, Florida rapper born Tramar Dillard.
He moves units.Lots and lots of them. Including his latest ear candy hit, “Whistle,” which currently sits atop
the iTunes and Billboard Hot 10 singles charts, with global digital sales north of 4 million.

Since his first #1, 2007’s debut smash “Low,” through the #1 “Right Round” (which broke the “Low” record formost digital sales in one week with 636,000) and the Wild Ones hit “Good Feeling” (#3) and his latest chart-topper, Flo has achieved the kind of chart domination
that most rappers can only dream of. In addition to his top 10 hits on the Hot 100, which also include “Sugar”
and “Wild Ones” (#5) and “Club Can’t Handle Me” and “In The Ayer” (#9), Rida has appeared on huge songs by other artists, including David Guetta’s “Where Them Girls At” and Jennifer Lopez’s “Goin’ In.” But is he the best-selling rapper of the download era?”It depends on what you call hip-hop,” said Keith Caulfield, associate director of charts at Billboard magazine. “A lot of people consider artists like Flo Rida to be crossing genres. He’s a rapper, but at the same time he’s been more embraced by pop audiences and had way more radio airplay on top 40 stations. 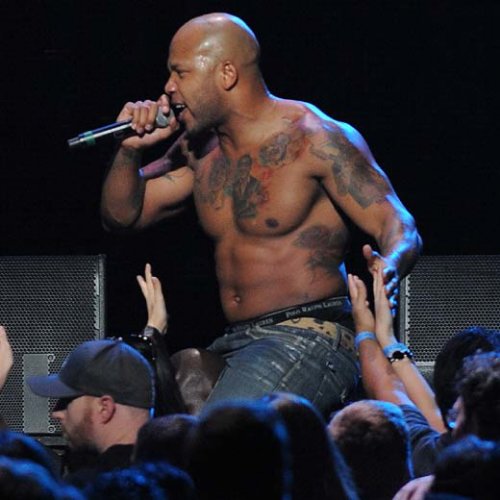 In early 2009, Kourtney and Scott Disick called time on their relationship after dating for three years. In the time they were separated, Kourtney met hot model, Michael Girgenti, (pictured
above) on the set of a photo shoot and according to the guy, they had unprotected sex. This was in March 2009. By December 2009 Kourtney gave birth to a son.
Michael said he tried contacting Kourtney after seeing a photo of Mason and believes he’s the biological father of the boy who is now 3 and a half years old. 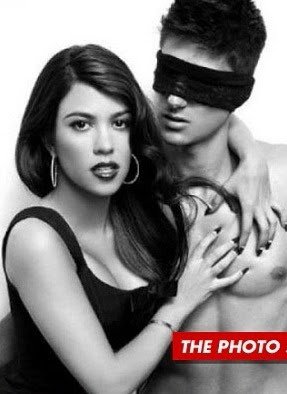 According to TMZ, the model has filed papers at a Los Angeles court asking a judge to order DNA tests for Kourtney, Mason and Scott Disick. He’s also asking for joint custody of the boy.
Kourtney’s lawyer says the accusation is absurd, claiming Michael is only looking for money and fame “His claims are absurd and this is simply another shameful attempt to gain publicity and profit from fictional stories about my client. Scott Disick is Mason’s father,’ 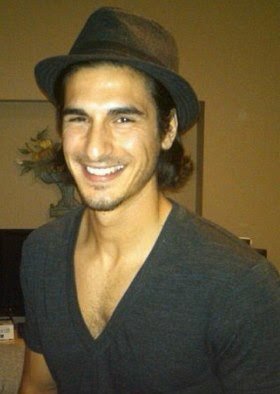 Kris Jenner has responded to President Obama ’s recent interview with Amazon, in which he said that Kim Kardashian and Kanye West represent the warped American Dream of today’s culture.
As Gossip Cop previously reported, Obama told the site that in his day, “Kids weren’t monitoring everyday what Kim Kardashian was wearing, or where Kanye West was going on vacation, and thinking that somehow that was the mark of success.”
Jenner was not happy with Obama’s statements.
The Kardashian momager challenged the leader’s remarks on Friday’s episode of her talk show “Kris,” saying, “I wasn’t aware that you could only set the bar so high and that we could only
dream so big. I was taught dream big, work hard and you can have whatever you wanted.”
Jenner added, “I bet the President has some friends with 10,000 square foot houses and that he wouldn’t mind going over there… when [he was] asking them to have a party for [him] while [he was] campaigning for dollars to run for president.”
And that wasn’t the end of her tirade.
The reality star continued, “Kanye West doesn’t go on vacation ever… and Kim Kardashian is the hardest working young lady in the world.”
Hmm. What do you think about her response?

Lake Bell poses completely naked —
save for some body paint — for the new issue of New York magazine.
FULL-SIZE PHOTO BELOW
The actress sat down with the mag to discuss her upcoming movie, In a World… , which she wrote, directed,
produced and stars in. Bell’s temporary body tattoo was designed by her husband, Scott Campbell .
The issue hits newsstands on August 12.
Check out a larger version of the photo below. What do you think of Bell’s cover? 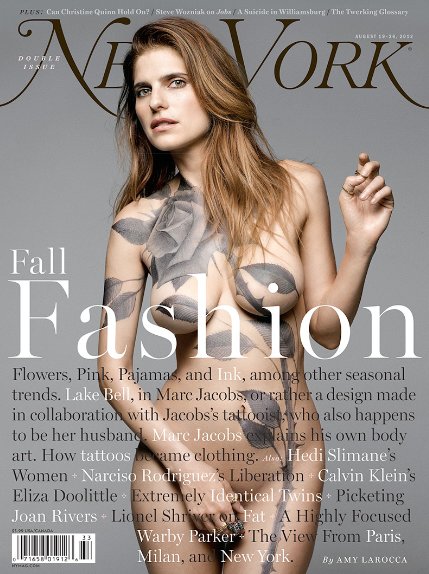