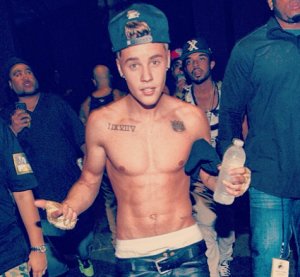 Justin Bieber was attacked at a night club in Canada on Friday night, but the singer was not hurt in the melee.
The Biebs was reportedly charged at by a male partier when he left the VIP section of the venue.
According to TMZ, the clubgoer rushed at the singer, grabbed his shirt and tried to tackle him.
A security guard intervened and pulled the man off Bieber, who was allegedly
attempting to defend himself by kicking the guy.
The attacker was escorted out of the club, and police were not called.