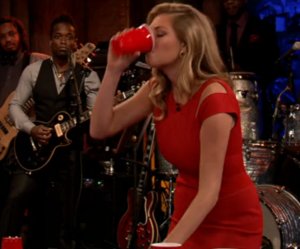 Kate Upton played flip cup against Jimmy Fallon on Friday’s “Late Night.”
For anyone who doesn’t know, it’s a drinking game — something the 21-year-old Upton can now legally play.

Jon Gosselin allegedly pulled a gun on a paparazzi photographer and fired a warning shot after she followed him home on Friday in Pennsylvania.
The former reality TV star is said to have become enraged after the camerawoman trailed him when
Gosselin left his waiter job and drove back to his cabin residence.
When the photographer began taking pictures, Gosselin yelled at her for trespassing and then took a handgun
from his pants and discharged a warning shot, according to TMZ.
Gosselin chased the intruder back to the main road.
There were no reported injuries, although the woman allegedly plans to file a police report concerning the
incident.
I will have updates. 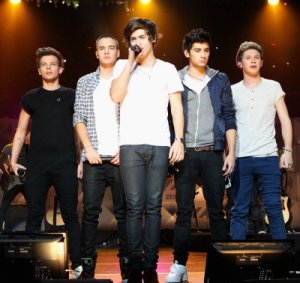 The new One Direction song “Diana” has apparently leaked.
It is not yet a confirmed final version, but was still creating a frenzy on Twitter today.
The band’s new album Midnight Memories is scheduled for release in November.

Jennette McCurdy has suffered a major loss — her mother Debra died on Friday following a long battle with cancer.
In a statement, her rep says, “Jennette has suffered an unimaginable loss. Please respect her and her family’s privacy at this time of mourning. She
appreciates the love and support of her fans.”
The “iCarly” and “Sam & Cat” actress had been scheduled to host Nickelodeon’s Worldwide Day of Play on Saturday.
Debra McCurdy was diagnosed with breast cancer in 1995 and survived, only to have the disease return
throughout her body in 2010.
The younger McCurdy wrote about her mother’s struggle for the Wall Street Journal in 2011.
At the time she said, “If you’re reading this and you were one of those people who thought, ‘young actors have perfect lives,’ I hope that you will think differently now.”
“We do have challenges. We do cry. We are experiencing difficult things,” wrote McCurdy. “But we will continue to smile and crack jokes because, as entertainers, even if we’re privately struggling with painful trials, our job is to make others forget theirs.”

On Wednesday 18th September, beauty queen turned entrepreneur, Agbani Darego opened the doors to the AD Showroom in Lekki Phase 1 to members of the press.
AD by Agbani Darego embraces a luxurious and chic aesthetic that’s affordable with cuts & styles that are flattering to a range of body types and silhouettes. “It is a line that caters to the ease we require of our personal style and it is intuitive to our body, style and pocket needs” says Agbani.
Products available include its range of Jeans, Bags and its Zip front Shirt Dress. More products including the AD Polo’s & Tunics will be introduced to the line.
The official launch of the AD Showroom will hold in October, 2013.
AD Showroom: 6B Fola Osibo Street, Lekki Phase 1 | Opening Times: Monday – Saturday 10am – 7pm.

According to a press release sent out by his PR people, Ekiti state born dancer turned music sensation May D recently moved into his new 6-bedroom duplex in Magodo Phase II GRA said to be worth N150million.

Miley Cyrus is not done twerking on people/things quite yet.
The singer grinds on producer Mike Will
Made It in new photos shot and later tweeted out by Terry Richardson.
Richardson, who also directed Cyrus’
“Wrecking Ball” music video, posted the
shots on his blog Thursday.

Justin Timberlake Has Most Awkward Interview EVER

Justin Timberlake recently sat down for the most awkward interview ever on Brazilian TV show “Panico na TV.”
The program’s host Sabrina Sato told the Runner, Runner star he dances “like a black American,” gave him a sculpture of her butt, and much, much more.
Halfway through the interview, Sato switched from English to Portuguese because her English isn’t great — but things didn’t get any less awkward.
Timberlake handled it like a pro. 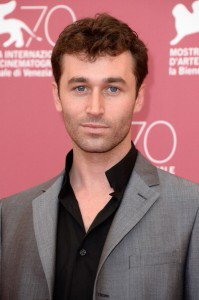 Drake proved himself to be a great sport on Friday’s “ Ellen DeGeneres Show,” playing a game of “Who Has Drake Dated?” with the host.
DeGeneres showed photos of the singer’s rumored flings — including Rihanna , Nicki Minaj , Tyra Banks and Kat Dennings — and made him detail his relationships with them.
At first, Drake was pretty embarrassed, but he soon got into the game.