Khloe Kardashian & Lamar Odom Reunite at Kanye West Concert; NOT Back Together 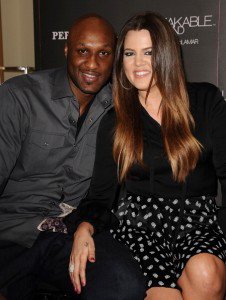 Khloe Kardashian and Lamar Odom reunited at Kanye West ’s concert in Los Angeles on Monday night, but a source close to the pair tells me this does not mean they’ve worked out their issues.
Our insider says Odom went to the show, but he and Kardashian “didn’t go together.”
The whole reality TV clan was there to watch West perform, and we’re told the NBA free agent did hang with the family for a bit — but that’s the extent of him and Kardashian’s reunion.
Odom has reportedly been sober for several weeks.