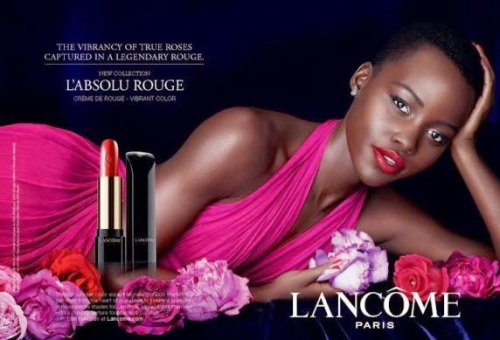 Oscar-winning actress Lupita Nyong’o looked flawless as she posed on roses for Lancome’s latest ad for L’Absolu Rouge lipstick, in a campaign photographed by Mert Alas and Marcus Piggott.

Lupita Nyong’o is People magazine’s “Most Beautiful Woman In The World.”
The actress certainly has had a huge year, winning the Best Supporting Actress Oscar , being named the new face of Lancôme , and recently gracing the cover of Marie Claire .
I heard from insiders that right from the beginning Nyong’o was the “frontrunner,” and basically the only choice for the cover.
Nyong’o tells the magazine, “It was exciting and just a major, major compliment” that she was chosen its “Most Beautiful.”
“I was happy for all the girls who would see me on [it] and feel a little more seen,” she added.
After scooping People for a number of years on the “Sexiest Man Alive” cover — and hearing some moans from Time Inc. — we graciously waited ( this time ) until just hours before the mag’s announcement to release our exclusive.
Reps for Nyong’o and People did not respond for comment.

Sorry Jared Leto , Lupita Nyong’o is definitely taken! A source tells Us Weekly that the Kenya-raised actress, 31, has been dating Somali-born rapper K’Naan since September.
The New York-based couple has bonded over their similar interests.
“She loves his humanitarianism,” says a pal of the “Wavin’ Flag” singer, 36. “They’d both passionate about African issues.”
K’Naan has two sons with pharmacy tech ex-wife Deqa Warsame . And the rapper’s pal notes that Nyong’o and K’Naan are taking things slow.
“She hasn’t met his kids,” the friend reveals.
Fresh off her Oscar win for her role in Steve McQueen’s 12 Years a Slave, Nyong’o is definitely Hollywood’s new It Girl. After fellow Oscar winner Jared Leto called her his “future ex wife” during his Independent Spirit Awards acceptance speech, rumors of romance between the two blossomed. 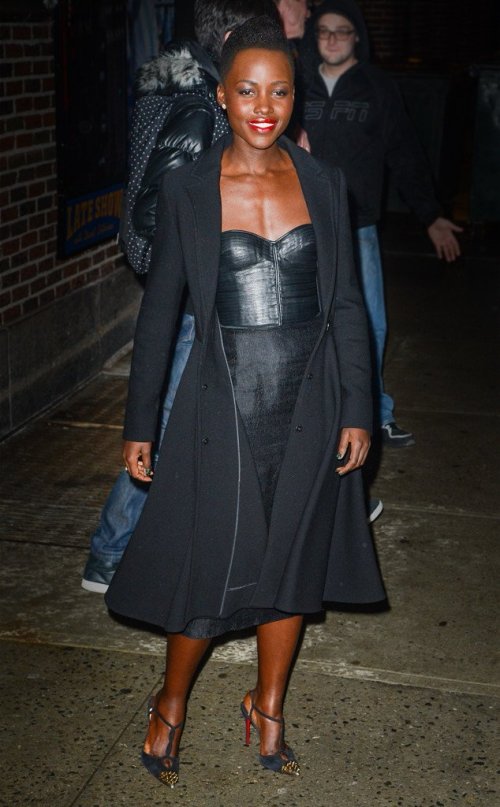 We’ve been waiting for this moment and Lupita Nyong’o did not disappoint. Something told us that the classic couture lover had a dark and twisty side, stylewise.
The green Gucci SAG-Award stunner and white hot Calvin Klein halter at the Critics’ Choice Awards were our first clues that some body-hugging red carpet risks could be in the Kenyan star’s future.
We’re thrilled to see her wild side released in the form of this J. Mendel jaw-dropper.
It’s the leather bustier that makes this all-black look such a sizzler, but a high-waisted skirt certainly doesn’t detract from the deal.
There’s something incredibly sexy about not rocking a mini with a top that form-fitting. It highlights the Academy Award nominee’s incredibly strong chest while leaving the rest to the imagination.
Scarlet red lips shift the focus on her top and face and that radiant smile keeps it there.
We suspect the newly minted icon will flip back to classic fashions for her upcoming Oscar debut, but here’s hoping it’s back to more bad girl attire right after the red carpet races.